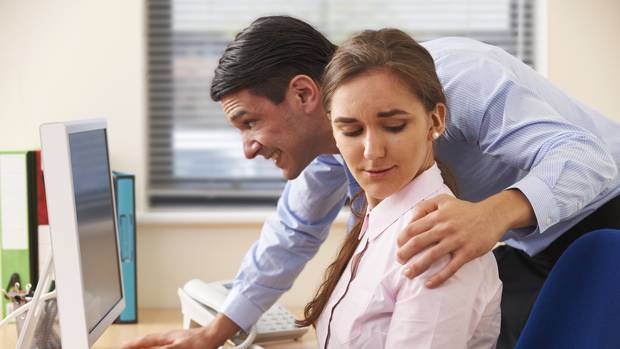 Sexual Harassment and Sexual Assault in the workplace.

Sexual Harassment and Assault in the workplace is a growing and increasingly pervasive problem in the workplace. Many victims of sexual harassment and Sexual Assault are afraid to file a complaint because of concerns about retaliation and backlash. This is a mistake. Often times employees simply suffer through their workday and hope the problem stops. It rarely does.

John T Law, PLLC has obtained 6-figure settlements from forture-500 companies. I am not intimidated by large corporations. Many employees think that hiring a lawyer or reporting sexual harassment or sexual assault will result in them being treated worse in the workplace. This is generally not the case. In my expereicne the unwanted conduct stops immediately after retaining an aggressive attorney.

What if my boss has Sexually Harassed or Assaulted me?

Many relationships between a supervisor and subordinate start out as coerced. In many cases a supervisor will use their position of power to coerce an employee into giving them sexual favors in exchange for their job. In these situations there can be a lack of freely given consent and a situation where an older, wiser and better resourced boss can take sexual advantage of an employee. These situations can go on for months or years before a victim has the strength to seek out legal counsel or report the issue to the employer.

During our free consultation we will unwind the story of your interactions with your supervisor or boss and establish an approach to your case. Remember, coercion does not equal consent. If you felt pressure or there was a lack of freely given consent then it is time to protect yourself and career.

Sexually Harassed or Assaulted Men in the workplace?

Not all victims of sexual harassment or assault are women. There is a significant and growing number of men who are sexually harassed or assaulted in the workplace. These men are often even more fearful of coming forward. Rest assured that you will be treated with the equal respect as any woman at our law office and we will take your case seriously.

What is a Sexual Assault Protection Order (SAPO)?

If you have been sexually assaulted by a supervisor or co-worker then a court may issue you a sexual assault protection order. This includes nonconsensual sexual conduct or nonconsensual sexual penetration, including a single incident. This court order could prevent the person who assaulted you from coming near you, talking to you or working in the same office as you.

A Sexual Assault Protection Order can be issued for a period of two years and is generally a short process that does not include filing a lawsuit.