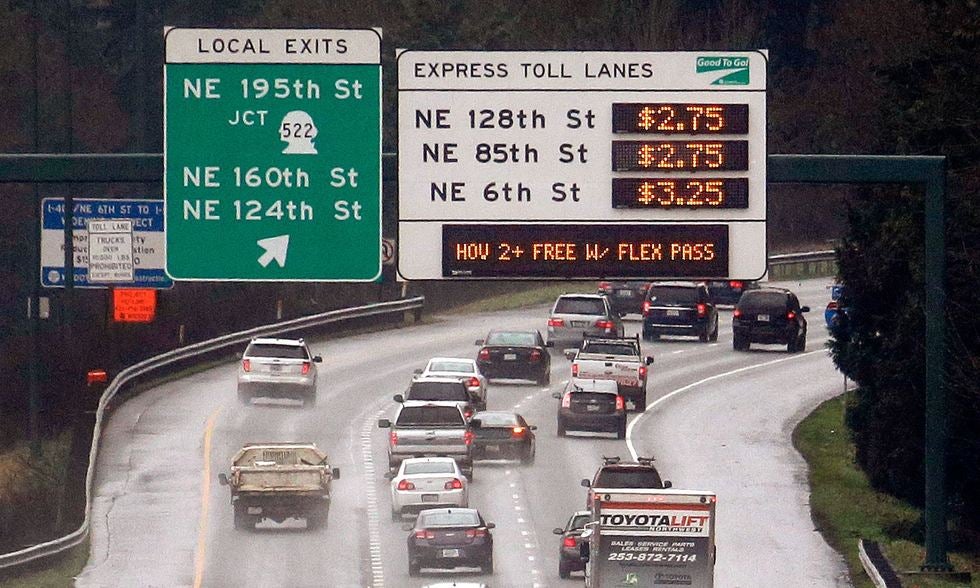 Were you or a loved one injured in an accident on the Interstate 405? If so, we can help.

The recently implemented express toll lanes between Bellevue and Lynwood have been synonymously linked to high speed lanes as they have resulted in multiple accidents in which personal injury damages may have been awarded.

The Washington State Department of Transportation has calculated that the express toll lanes on 405 flow an average of 13-25 miles per hour faster than the regular lanes during the peak commute.

Due to the variance in speed between 0mph traffic and 60mph and above traffic merging, many accidents are bound to happen.

The toll lanes carry approximately 56,000 vehicles per day which provides ample opportunities for accidents to occur not only due to the variance in speed but also confusion of certain drivers of when they can and cannot enter the lanes due to the double white lines that separate the toll lanes.

As there is no physical barrier separating the often fast paced traffic from that of the non-moving lanes, there are many cars who enter into the lanes when they have previously been stopped and cannot get up to speed fast enough. This results in numerous rear-ends and other various crashes.

There has been a 55% increase in crashes on 405 since the implementation of the toll lanes in 2015 according to the Washington Department of Transportation. The majority occurring in the lane nearest the express lanes.

If you were involved in an accident in the past three years that involved one or more vehicles in the express toll lanes, any damages you may have experienced may be eligible to be awarded to you through a personal injury lawsuit.

Whether it is monetary compensation for injuries you may have sustained, car damage or pain and suffering, you may be able to file a case today.