Your first court date for a 2nd DUI is called an arraignment. At this court date it is likely that you may be required to wear a SCRAM or TAD alcohol monitoring device around your ankle. The Secure Continuous Remote Alcohol Monitor (SCRAM) is an alternative to jail. Many people attend work with the device on and are able to cover it up with the use of long pants or socks. 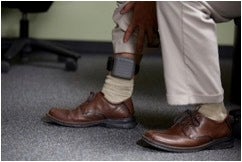 If you are convicted of a second DUI within 7 years in Washington State the penalties include:

HOW CAN I AVOID A SECOND DUI CONVICTION AND AVOID JAIL TIME?

There are several ways to avoid a DUI conviction if you are charged with a second DUI within 7 years. These are all possibilities depending on your particular situation and the facts of your case:

WHAT IS A DEFERRED PROSECUTION?

This phase consists of attending a minimum of one weekly group sessions for the next 6 months (26 weeks).

This phase consists of attending a minimum of one session monthly (group or individual) for the remaining months of the two year treatment program.

Phase IV - After the two years is finished:

Most courts extend jurisdictions in deferred prosecution cases for up to five (5) years.  During the last three (3) years of the program the judge may require you to attend regular AA meetings to ensure you do not relapse and drink alcohol.

A second DUI will present many more challenges than your first DUI did. Consultation with an experienced DUI attorney can help you navigate the court system and the process of avoiding long mandatory jail sentences. There are no easy answers on a second DUI charge. But we're here to help.