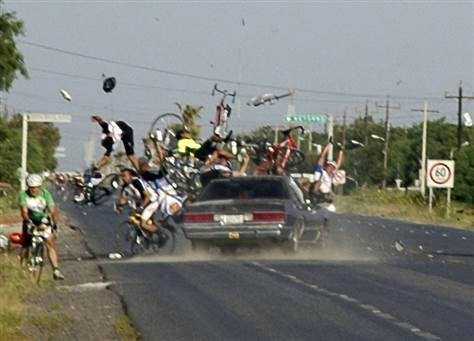 Lawsuits to recover damages for bicycle accident injuries are similar to those in an auto accident lawsuit. Both cyclists and drivers are obligated to obey the rules of the road which include traffic laws as well as the duty to exercise ordinary care in regards to the safety of the roadways. Cyclists are often assumed to be at fault in bicycle-auto accidents and cyclists can be seen as a nuisance by aggressive and disrespectful drivers. Cyclists have the same rights and responsibilities as any other driver on the roadway. You as a cyclist have the right to your space and your safety. However, those rights are often infringed upon by automobile drivers.

Driver negligence is an important part of a personal injury lawsuit, especially when a bicycle is involved. You must look at who was at fault for the accident. Was the driver speeding, running a stop sign or drifting into the bike lane? Or was the biker not obeying the traffic laws and failed to stop at a red light? These are all factors that can determine the outcome of a personal injury lawsuit.

Bikes are small, easy to hide in a blind spot and don't make a lot of noise. All of these characteristics can prevent a driver from seeing you before an accident occurs.
There are several kinds of bike accidents whether it be caused by a torn up road, a collision with another cyclist or an accident involving a car or bus, all will result in massive amounts of economic and non-economic damages that you can be compensated for.

Cycling accidents can result in much more severe injuries as there is not much protection against the roadway even if a helmet was worn.
Traumatic brain injuries, spinal cord injuries, lacerations from road rash, internal organ damage and concussions are all conditions that can last for several months to years.

Some damages that you may be awarded include both economic such as medical bills and non-economic such as pain and suffering. Current medical expenses, future medical expenses, lost wages from work leave, lost earning capacity due to an injury, pain and suffering and emotional distress are all included. Insurance companies target the minimal amount that can be awarded to you in hopes that you do not know the capacity of damages that you could be awarded if represented by an attorney.