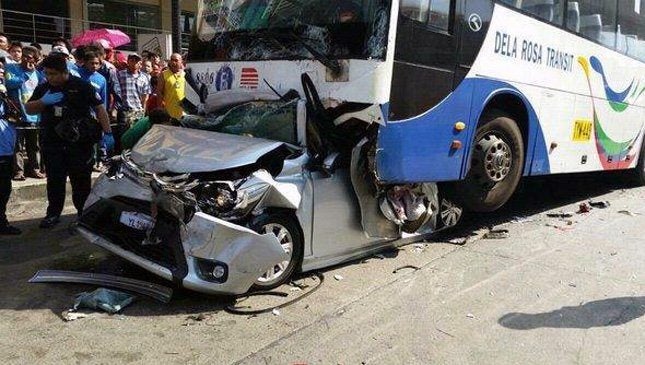 With more and more people taking public transportation as an alternative to driving their personal vehicle, it is no wonder that there are over 63,000 bus accidents each year. Bus accidents range from a small fender bender to catastrophic collisions or pedestrian accidents, encompassing an array of injuries and damages that can be permanent and even fatal.

The risk of a rollover accident is higher for a bus than for a normal passenger vehicle which can increase the likelihood that you could be involved in a bus accident. In addition, most buses do not have any form of safety restraint such as a seatbelt or safety device such as an airbag. Whether you are on board the bus or are struck by the bus, you may be eligible for compensation due to your personal injuries from a bus related accident.

If you are injured as a passenger on a bus due to an accident caused by another vehicle, you may be eligible to make a third party claim with the insurance of the at-fault driver. If the bus driver was at fault, there are more steps that you must take in order to receive compensation from losses and damages including medical expenses and lost income and non-economic losses such as pain and suffering.

If you were involved in an accident with a city bus or school bus, this will involve the government, as many public transportation bureaus and school districts operate buses under the government. The time frame you have in which you must file a personal injury claim in Washington state is 3 years. However, when the government is involved, the time frame may vary.

Injury claims that are filed against the state of Washington must be in accordance with RCW 4.92.100 which allows claims against the state for damages that arose from “tortious conduct”. These include car accidents involving a crash that was caused by a government driver, such as a city bus accident, premise liability such as slipping and falling in a government building and medical malpractice claims.