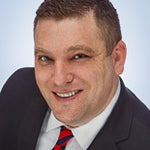 John Tymczyszyn is a third generation Washingtonian, Navy veteran and criminal defense attorney. John has successfully represented hundreds of people charged with a variety of criminal offenses in local, county and state courts. Honored by Avvo as a 10.0 rated attorney, John has received the Avvo “Clients Choice” award for the last three consecutive years and is consistently recommended by fellow attorneys.