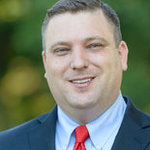 For the past 30+ years the Washington State Patrol has used the DataMaster device to measure Blood Alcohol Content (BAC) in drivers who are pulled over for DUI. That is coming to and end, the DataMaster device, which has been made since the 1980's will soon stop production.

If you are arrested for a DUI in Bellevue, Kirkland, Redmond or anywhere in the State of Washington then you have 20 days from the day of your arrest to contest your license suspension and hire a Bellevue DUI lawyer.

We constantly see in the news where a driver, high on marijuana or under the influence of alcohol, hits a pedestrian or another car, killing someone. They are charged with driving under the influence or vehicular homicide. They get a few years in prison and then are free to live their lives. But the person they killed is dead.

Extra DUI patrols to remind drivers of Federal Way teens killed by drunk driver Residents and visitors to the Federal Way area should be aware of the "Nick and Derek Project."  With High School graduation season upon us it is important to remember to have a designated driver.  Additionally, with...