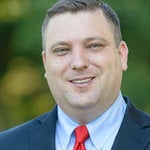 If you are arrested for a DUI in Bellevue, Kirkland, Redmond or anywhere in the State of Washington then you have 20 days from the day of your arrest to contest your license suspension and hire a Bellevue DUI lawyer.

We constantly see in the news where a driver, high on marijuana or under the influence of alcohol, hits a pedestrian or another car, killing someone. They are charged with driving under the influence or vehicular homicide. They get a few years in prison and then are free to live their lives. But the person they killed is dead.