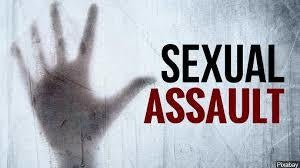 Are you a victim of sexual assault?

There is no sexual assault cause of action in a civil lawsuit which means that the charges brought in the lawsuit can be assault, battery or intentional infliction of emotional distress.

Washington is one of the many states that has incorporated a "delayed discovery" rule into the criminal statues of limitation. This is designed to take into account the nature of sexual abuse and how memories of the event may have been blocked, repressed, or otherwise forgotten. This provides the victim with three years to file a claim.

Due to the appalling nature of these crimes, a jury will often award very high damages. As a result, the perpetrator can be held liable to pay a lot of money. If the abuse happened in a commercial environment such as a store or school, you may be eligible to file a lawsuit against other employees such as the supervisor who failed to report the incident or the company itself.

You may be eligible to receive damages for any medical expenses you incurred as well as emotional trauma and the effects that the incident continues to have on you today including: